The programme includes sightseeing by car and walking tour around the historical places of the city. You will enjoy delicious lunch in the traditional food restaurant. During 5 hours tour you will get to know the history of ancient and modern Kazan.
Destinations
Казань
Starts
Казань
Age limit
0+

A walking tour of the Kazan Kremlin territory, a UNESCO World Heritage site. You will see ancient white-stone walls and towers, including the leaning tower of Syuyumbike, the governor palace built on the site of the khan's palace, and the Kazan khans mausoleum as well. This tour provides a visit to the Annunciation Cathedral and the pearl of Kazan - the Kul Sharif mosque, which unites the prayer halls, and is also a cultural and educational center.


Sightseeing by bus. You will see modern buildings and modestly standing ancient passages from the windows of the comfortable bus, go along modern avenues and old streets. Another feature is the tolerant relationship between religions. The bell towers silhouettes alternate with the silhouettes of the minarets, and the toll echoes the azan here. During the bus sightseeing you will see the central square named after Tukay, May 1st Square, Liberty Square, Sultan Galeev Square. Go on a ride along the streets such as Kremlyovskaya, Tatarstan, Gorky, Karl Marx etc. You will also admire wonderful parks and appreciate the beauty of the city from the observation platforms where you can take photos, and also visit one of the main sights of Kazan - Old Tatar Sloboda. This tour will bring you closer to the Tatar nation and its traditions. Besides, if you wish, you can visit Bogoroditsky Monastery, where the miraculous replica of the Kazan Icon of the Mother of God is kept.


Lunch in the city restaurant with national cuisine.


The end of the tour is in the hotel.


• Visit the Kul Sharif Mosque, located inside the Kremlin


• See the mix of Tatar, Russian, and European architectural styles


End of the tour: transfer to the hotel.

• Lunch in the city restaurant

• Admission tickets to the Kremlin 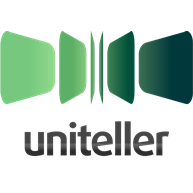